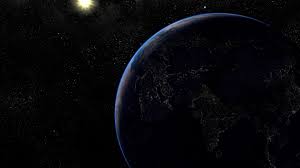 Did you know that before Jesus came into the world there was darkness, cruelty, and terror over the whole earth?  And until the Gospel spread around the world, it remained in darkness?

The Native Americans also practiced cannibalism and tribal warfare. Some argue that the Druids of England practiced cannibalism. The Phoenicians were known to roast babies alive as sacrifices to their God.  And have we forgotten that those bastions of so-called civilization, the Greeks and Romans, practiced infanticide, slavery, polytheism, aggressive wars, torture, execution, and even blood sport?

These weren’t “noble savages,” as Rousseau claimed; they were savages.

This was the world into which Christ was born. But John declared in John 1:4:

“In him (Jesus) was life, and that life was the light of men.”

This was a fulfillment of the prophecy found in Isaiah 9:2 concerning the Messiah:

“The people walking in darkness have seen a great light.”

Jesus provided the world with a tenderness it hadn’t known before.  As the Gospel spread around the world, those who hungered and thirsted for righteousness, rather than cruelty and suffering, found a resting place in Christianity’s branches. If a tree is to be known by its fruit, as Jesus said, rescuing abandoned children, redeeming slaves, caring for the poor and sick, and opposing poisonous religions such as polytheism and Emperor worship, were all fruits of this tree.

Atheists weren’t the cause of civilized societies that cared for the unlovely, needy, and downtrodden. Atheists didn’t cause  the expansion of education, political freedom, or scientific and medical advances. These great achievements came through the efforts of Bible-believing Christians!