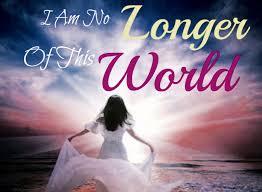 From the very beginning, God began by separating the light from the darkness. He separated day from night. He separated species and only let them reproduce after their own kind. He separated a woman from a man. Eve was taken out from Adam’s side.

God was so upset when the fallen angels crossed over a line of separation and took human wives that he judged the whole world except Noah and his family. (Noah was described as being “perfect in his generation.” Some have suggested the word “generation” may have meant that Noah was the lone man who wasn’t tainted by the genes of the fallen angels.)

At the Tower of Babel, God was displeased with humanity’s attempt to join together and follow Nimrod (whose name means “rebellion”), so he scattered and separated the nations according to language.

After this he called Abraham out (separated him) from Chaldea. He told him to leave his home and go to a new place. God’s people have always been called out and separated from false religions. Abraham couldn’t remain in Chaldea, a southern region of Babylon; he had to come out of the false religion that Babylon represented.

Abraham had to separate Ishmael from Isaac. The child of the flesh had to be kept separate from the child of promise. Isaac had two children (Esau and Jacob) who also had to be separated.

The Israelites were in bondage in Egypt and God called them out. Through Moses, God called on Pharaoh to let His people go. The Exodus is the story of how God separated the Jews from the Egyptians and led them through the wilderness and into the promised land.

While traveling through the wilderness, God gave Moses the law. In this law are several commandments concerned with separation and purity.

The Old Testament prophets were concerned about the issue of purity and separation also. Nearly all of them cried out against Israel because they blended the worship of Baal and Molech with the worship of Yahweh. They didn’t keep their worship pure. Jeremiah, Ezekiel, Amos, Isaiah, and Hosea referred to this as a form of spiritual adultery–the equivalent of a woman cheating on her husband and not keeping the marriage bed pure. (Amos 5:2, Hosea 4:12, Jeremiah 3:6, Ezekiel 16:32, Isaiah 1:21)

In the New Testament, Jesus commands the church to be set apart (sanctified or separated) by the truth of the Word of God. (John 17:17) It tells us to separate ourselves from darkness, and from those who aren’t in agreement with the truth. We’re even commanded to rightly divide (separate) the Word of truth. (2 Timothy 2:15)

While the Gentile nations are no longer considered to be unclean (because Jesus made a way for them to come to God), and we are no longer under the ceremonial laws of the Old Testament, there are still Christian admonitions toward separation and purity.

For example, Jesus told us that no man could serve God AND mammon (money). There had to be a separation in the hearts of men revealing their true allegiance.

James warned us that friendship with the world was enmity with God. We must separate ourselves in order to be faithful to God. (James 4:4) Paul warned us to not be unequally yoked together with unbelievers.

14 Be ye not unequally yoked together with unbelievers: for what fellowship hath righteousness with unrighteousness? and what communion hath light with darkness?

15 And what concord hath Christ with Belial? or what part hath he that believeth with an infidel?

16 And what agreement hath the temple of God with idols? for ye are the temple of the living God; as God hath said, I will dwell in them, and walk in them; and I will be their God, and they shall be my people.

What is the command of God concerning fellowship with unbelievers/idol worshipers?

17 Wherefore come out from among them, and be ye separate, saith the Lord, and touch not the unclean thing; and I will receive you.

In the Revelation of John, believers are warned to “come out” (separate) from Babylon. They are told if they don’t come out they will be considered to be as one who partakes in her sins, and as a result will receive the plagues due to her for her iniquities. (Revelation 18)

The concept of separation, keeping things pure and holy (set apart), is found throughout the entire Bible. It is part of the process of judgment. At the end of the age the sheep will be separated from the goats. (Matthew 25) The rapture itself will be a separation. Those who are in Christ will be separated from those who reject the Christ revealed in the truth of the Bible.

I would argue that all of history is a process of separation. It is an attempt to identify the wheat in contrast to the chaff (or the tares). In every age the people who claim to love God are challenged with some teaching which attempts to lead them astray. False teachers always abound, blending the truth of God’s Word with lies and deceptions.

From Eden until the end of the age when the false prophet will lead people to the Antichrist, Satan will have been actively twisting and corrupting the truth. But those who love the truth and keep it pure will be saved. (2 Thes. 2:10)

The people of God need to be able to discern (separate) good from evil. (Hebrews 5:14) They need to have the same heart and mind as Jesus. Conflict causes war and separation [How can two walk together except they be agreed? (Amos 3:3)], but eternal union and peace comes through agreement.

The whole purpose in this process of separation is for the Lord to find a pure bride without spot or wrinkle. She cannot be defiled with even a spot (symbolizing love for the world).

2I am jealous for you with a godly jealousy. I promised you to one husband, to Christ, so that I might present you as a pure virgin to him. 3But I am afraid that just as Eve was deceived by the serpent’s cunning, your minds may somehow be led astray from your sincere and pure devotion to Christ. (2 Cor. 11:2)

Separation, purity, and holiness are important to God. All people begin on the broad road that leads to destruction, but narrow is the gate that leads to life and few people find it.

Moving from the wide gate to the narrow gate is a form of division. It is a process of separating the false harlot (who will join with all the religions of the world) from the true bride, who will separate herself from all forms of false doctrines–because her husband will not be the Father of Lies, but she is betrothed to Jesus: THE WAY, THE TRUTH, AND THE LIFE, the Word which became flesh and dwelt among us. (John 1)

Beware of those coming in the name of false unity and love, which requires blending the truth with lies, and be concerned if you chaff at the concept of separation and purity . . . because it is a precious doctrine of the Word of God . . . and it is required of those who desire to become His eternal Bride.